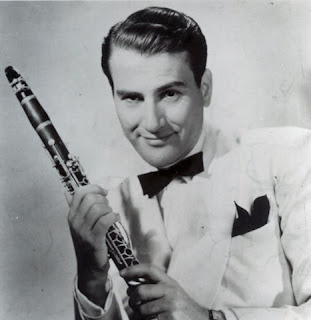 Arthur Jacob Arshawsky (May 23, 1910 – December 30, 2004), better known as Artie Shaw, was an American jazz clarinetist, composer, and bandleader. He was also the author of both fiction and non-fiction writings. Widely regarded as "one of jazz's finest clarinetists," Shaw led one of America's most popular big bands of the late 1930s and early '40s. Their signature song, a 1938 version of Cole Porter's "Begin the Beguine," was a wildly successful single and one of the era's defining recordings. Musically restless, Shaw was also an early proponent of Third Stream, which blended classical and jazz, and recorded some small-group sessions that flirted with be-bop before retiring from music in 1954.