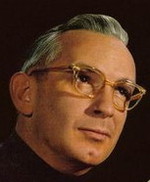 From 1952 to 1958 Sauter was co-leader of the Sauter-Finegan Orchestra. Between 1957 and 1959 he was Kurt Edelhagen's successor as leader of the SWF orchestra in Baden-Baden, Germany. In 1961, he worked with tenor saxophonist Stan Getz on Focus, a unique collaboration for which Sauter---at Getz's commission---wrote a suite of string compositions (Roy Haynes, the jazz drummer, appeared on "I'm Late, I'm Late," the only selection to feature a non-string instrument other than Getz) without primary melodies, the idea being for Getz to improvise them in his customary lyric style.