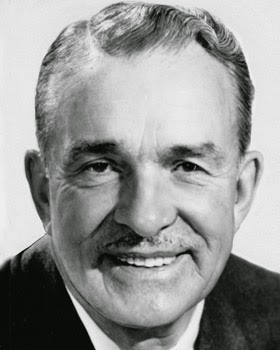 Gray was born to Lurdie P. and Agnes (Gray) Knoblauch in Roanoke, Illinois. His father was a lifelong railroad worker who died when Glen was two years of age. His widowed mother married George H. DeWilde. Gray graduated from Roanoke High School. He is said to have joined the Army at seventeen, and two years later he was living at home with his family. He was employed as a bill clerk for the railroad. He attended Illinois Wesleyan University, where he joined Tau Kappa Epsilon, but left to work for the Santa Fe Railroad. WIKIPEDIA In 1927, his Orange Blossoms Band was renamed the Casa Loma Orchestra, after Casa Loma in Toronto, where the band played for eight months. Gray collaborated with the jazz musician Jean Goldkette, and with trumpeter/arranger Salvador Camarata. He gave Betty George her first job as a soloist. Ill health forced Gray to retire from touring in 1950. In 1956, he went back into the studio to record the first of what became a series of LPs for Capitol Records, which recreated the sounds of the big band era in stereo.