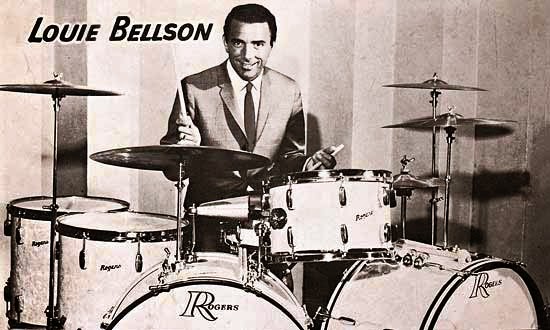 Luigi Paulino Alfredo Francesco Antonio Balassoni (July 6, 1924 – February 14, 2009), known by the stage name Louie Bellson (his own preferred spelling, although he is often seen in sources as Louis Bellson), was an American jazz drummer. He was a composer, arranger, bandleader, and jazz educator, and is credited with pioneering the use of two bass drums. WIKIPEDIA Bellson was an internationally acclaimed artist who performed in most of the major capitals around the world. Bellson and his first wife, the actress and singer Pearl Bailey (married 1952–1990), had the second highest number of appearances at the White House (only Bob Hope had more). He was a vice president at Remo, a drum company.