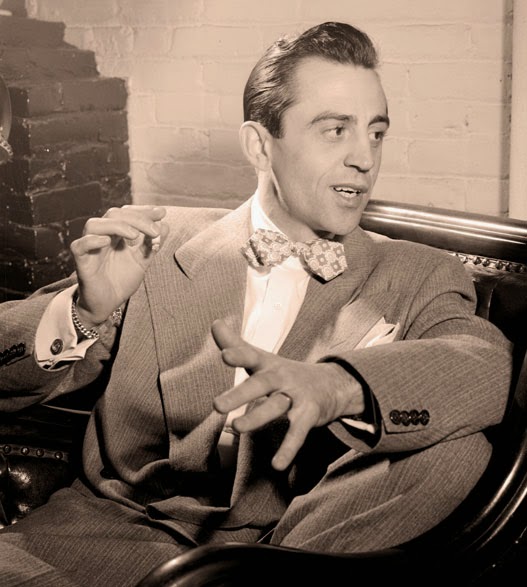 Like the contemporaneous band of clarinetist Woody Herman, the Raeburn orchestra evolved from its simpler, more commercial beginnings to far more advanced and complex charts during the union-imposed recording ban that took effect in October 1942 and lasted about a year and a half. The “new” Raeburn band debuted at the Arcadia Ballroom in November 1942 with arrangements by two African-American writers from Earl Hines’ band, Budd Johnson and Jerry Valentine. The band was a big hit in Chicago but when Raeburn decided to tour after nine months, most of the Chicago-based musicians refused to go with him. He was forced to build a new band to open at the Roosevelt Hotel in Washington, D.C., and was lucky enough to find such outstanding musicians as trumpeters Emmett Carls, Sonny Dunham, Marky Markowitz and Sonny Berman, trombonists Earl Swope and Tommy Pederson (who later played with Spike Jones’ City Slickers), alto saxist Johnny Bothwell, and drummer Don Lamond. Raeburn was also lucky to find an outstanding new arranger, Eddie Finckel, who wrote a sizable new book for the band.