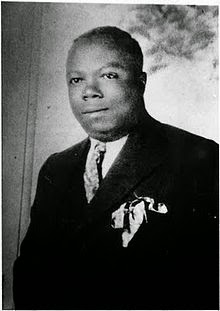 Moten had a long career as a sideman from the early 1940s, including with Hot Lips Page, Jerry Jerome, Red Allen (1942-49, 1955-65 intermittently), Eddie South, Stuff Smith, Arnett Cobb, Ella Fitzgerald, Wilbur De Paris (1956-57), Buster Bailey, Roy Eldridge, and Dakota Staton (1961-63). Below is a link to an album of some songs recorded as the leader of his Kansas City Orchestra, Moten continued performing until shortly before his death in 1977.