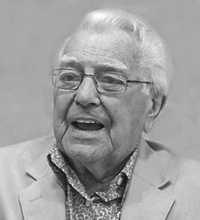 In the 1950s and 1960s, during the summer, Mike's band played at various night spots in Somers Point, NJ. Tony Marts & Bay Shores, the two most popular spots. His best-known record was "Shake a Hand" (Cameo Records, 1958), originally recorded by Faye Adams. Pedicin died 26 June 2016 at the age of 98.