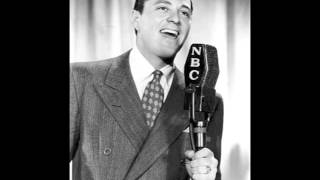 Harry Prime (born March 5, 1920, died June 15, 2017 was a Big Band vocalist who performed from the late forties through the mid-fifties. Prime was a featured vocalist with the orchestras of Randy Brooks, Tommy Dorsey, Jack Fina and Ralph Flanagan. Prime recorded nearly 100 songs in the '40s and '50s, including "Until," a million-seller with the Tommy Dorsey Orchestra. "Until" peaked at number four in the US charts.
Email ThisBlogThis!Share to TwitterShare to FacebookShare to Pinterest
Labels: Harry Prime
Newer Post Older Post Home