Larry Elgart, Who Kept Swing Up to Date, Dies at 95 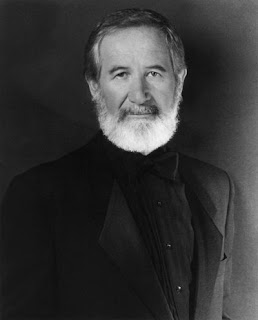 Lawrence Joseph "Larry" Elgart (March 20, 1922 – August 29, 2017) was an American jazz bandleader. With his brother Les, he recorded "Bandstand Boogie", the theme later used for the long-running TV dance show American Bandstand. Elgart was born in 1922 in New London, Connecticut, four years younger than his brother, Les. Their mother was a concert pianist; their father played piano as well, though not professionally. Both brothers began playing in jazz ensembles in their teens, and while young Larry played with jazz musicians such as Charlie Spivak, Woody Herman, Red Norvo, Freddie Slack and Tommy Dorsey. In the mid-1940s, Les and Larry started up their own ensemble, hiring Nelson Riddle, Bill Finegan and Ralph Flanagan to arrange tunes for them. Their ensemble was not successful, and after a few years, they scuttled the band and sold the arrangements they had commissioned to Tommy Dorsey. Both returned to sideman positions in various orchestras.
Email ThisBlogThis!Share to TwitterShare to FacebookShare to Pinterest
Labels: Larry Elgart
Newer Post Older Post Home