Elliot Lawrence (born Elliott Lawrence Broza, February 14, 1925) is an American jazz pianist and bandleader. Son of the broadcaster Stan Lee Broza, Lawrence led his first dance band at age 20, but he played swing at the time its heyday was coming to a close. He recorded copiously as a bandleader for Columbia, Decca, King, Fantasy, Vik, and Sesac between 1946 and 1960. He was a host of the DuMont Television Network program Melody Street (1953-1954). After 1960, Lawrence gave up jazz and began composing and arranging for television, film, and stage. He won two Tony Awards in 1961 and 1962. 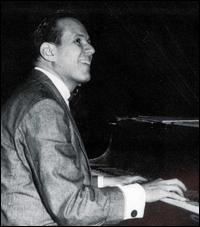