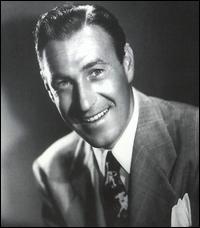 February 16th in 1901, 'The Waltz King' Wayne King was born. In early radio of the 1920`s his band was featured in half-hour `remote` broadcasts from Chicago`s Aragon Ballroom. In the 1930`s he was heard on the networks in weekly half-hour broadcasts for Lady Esther cosmetics, a line he is credited with popularizing. In the mid-40`s he was a summer replacement for Jack Benny and Jimmy Durante. The saxophonist and bandleader died July 16, 1985 at age 84.