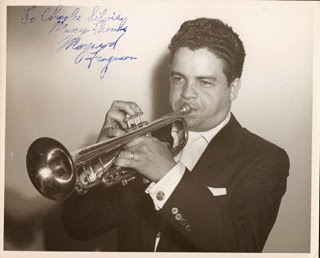 Walter Maynard Ferguson (May 4, 1928 – August 23, 2006) was a Canadian jazz musician and bandleader. He came to prominence playing in Stan Kenton's orchestra, before forming his own band in 1957. He was noted for being able to play accurately in a remarkably high register, and for his bands, which served as stepping stones for up-and-coming talent.