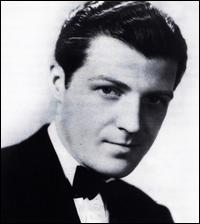 Charles Daly Barnet (October 26, 1913 – September 4, 1991) was an American jazz saxophonist, composer, and bandleader. His major recordings were "Skyliner", "Cherokee", "The Wrong Idea", "Scotch and Soda", "In a Mizz", and "Southland Shuffle". Charlie Barnet was born in New York City. His parents divorced when he was two, and he was raised by his mother and her grandparents. His grandfather was Charles Frederick Daly, a vice-president for the New York Central Railroad, banker, and businessman. Barnet attended various boarding schools, both in the New York and Chicago areas. He learned to play piano and saxophone as a child. He often left school to listen to music and to try to gain work as a musician.