Andrew Dewey Kirk (May 28, 1898 – December 11, 1992) was a jazz saxophonist and tubist best known as a bandleader of the "Twelve Clouds of Joy", popular during the swing era. 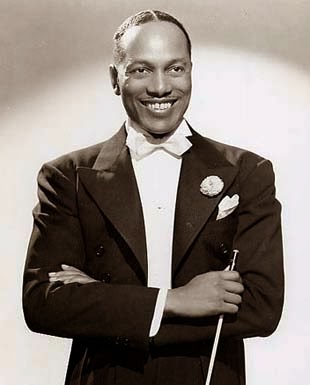 Kirk grew up in Denver, Colorado, where he was tutored by Wilberforce Whiteman, Paul Whiteman's father. Kirk started his musical career playing with George Morrison's band, but then went on to join Terrence Holder's Dark Clouds of Joy. In 1929 he was elected leader after Holder departed. Renaming the band Clouds of Joy, Kirk also relocated the band from Dallas, Texas, to Kansas City, Kansas. Although officially titled as the Clouds of Joy, the band has also been known to be called the Twelve Clouds of Joy due to the number of musicians in the band. They set up in the Pla-Mor Ballroom on the junction of 32nd and Main in Kansas City and made their first recording for Brunswick Records that same year. Mary Lou Williams came in as pianist at the last moment, but she impressed Brunswick's Dave Kapp, so she became a regular member of the band. Kirk moved the band to Kansas City, and since their first recordings in 1929–1930, they grew highly popular as they epitomized the Kansas City jazz sound. In mid-1936, he was signed to Decca and made scores of popular records until 1946. He presumably disbanded and reformed his band during that 6-year recording layoff.