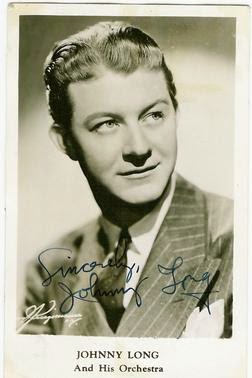 Johnny Long (September 12, 1914 (disputed) – October 31, 1972) was an American violinist and bandleader, known as "The Man Who's Long on Music". He was raised on a farm in Newell, North Carolina, currently a subdivision of Charlotte. He started practicing with the violin at the age of six, but injured two fingers on his left hand when he was bitten by a pig. He then learned to use his right hand to play the violin, and continued to do so until his death.