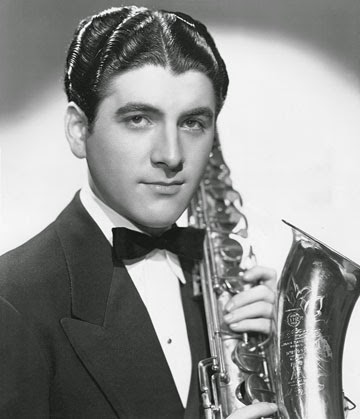 Auld was born John Altwerger in Toronto. He lived in the United States from the late 1920s onward, and was most noteworthy for his work with Bunny Berigan, Artie Shaw, Benny Goodman, Erroll Garner, Dizzy Gillespie, Al Porcino, Billy Eckstine, Tiny Kahn, Frank Rosolino, and many others. Primarily a swing saxophonist, he did many big band stints in his career, and led several big bands, including Georgie Auld and His Orchestra and Georgie Auld and His Hollywood All Stars. Auld also played some rock´n roll working for Alan Freed in 1959. He can be heard playing sax on the 1968 Ella Fitzgerald album 30 by Ella. In 1977 he played a bandleader in the motion picture New York, New York, starring Liza Minnelli and Robert De Niro and also acted as a technical consultant for the film. He died in Palm Springs, California, aged 71. WIKIPEDIA 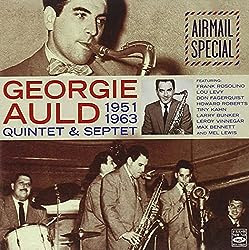