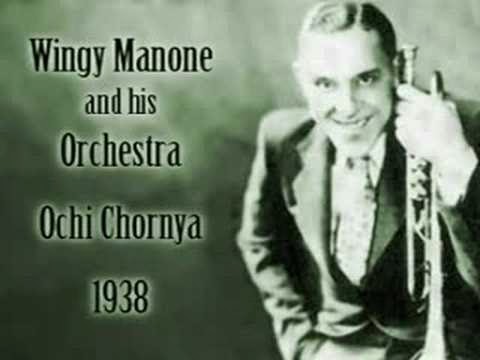 His major recordings included "Tar Paper Stomp", "Nickel in the Slot", "Downright Disgusted Blues", "There'll Come a Time (Wait and See)", and "Tailgate Ramble". Manone (pronounced "ma-KNOWN") was born Joseph Matthews Mannone in New Orleans, Louisiana. He lost an arm in a streetcar accident, which resulted in his nickname of "Wingy". He used a prosthesis, so naturally and unnoticeably that his disability was not apparent to the public. After playing trumpet and cornet professionally with various bands in his home town, he began to travel across America in the 1920s, working in Chicago, New York City, Texas, Mobile, Alabama, California, St. Louis, Missouri and other locations; he continued to travel widely throughout the United States and Canada for decades.
WIKIPEDIA