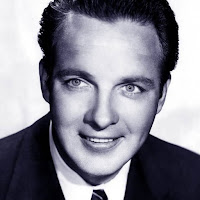 Bob Crosby from San Francisco on NBC in 1940 with announcer Bill Goodwin. Episode 7. George Robert Crosby (August 23, 1913 – March 9, 1993) was an American jazz singer and bandleader, best known for his group the Bob-Cats, which was formed around 1935. The Bob-Cats were a New Orleans Dixieland-style jazz octet. He was the younger brother of famed singer and actor Bing Crosby. On TV, Bob Crosby guest-starred in The Gisele MacKenzie Show and was also seen on The Jack Benny Program. Crosby hosted his own afternoon TV variety show on CBS, The Bob Crosby Show (1953–1957). Crosby received two stars on the Hollywood Walk of Fame, for television and radio.
WIKIPEDIA | AVAILABLE RECORDINGS 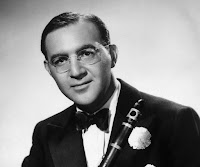 Benny Goodman "The King of Swing" holding court at the Madhattan Room on October 23, 1937 and broadcast live over CBS Radio. From the legendary Big Band ballroom which hosted major artists and popular radio broadcasts at the Hotel Pennsylvania. 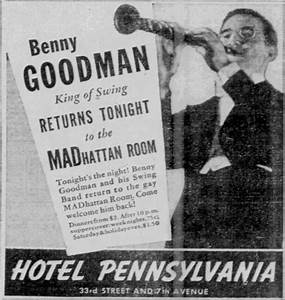 Bill Watrous, whose crisp and graceful playing made him one of the world's most respected trombonists, died on July 3 at a hospital in Los Angeles 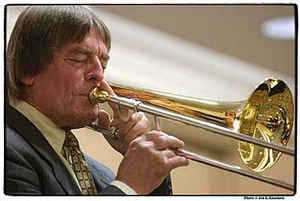 Born: June 8, 1939; Died: July 2, 2018 BILL Watrous, who has died aged 79, was a trombonist who gave the instrument the same status as a solo voice as the trumpet had been given by Louis Armstrong and Miles Davis and the saxophone by Charlie Parker and John Coltrane. Other trombonists had led bands but few played with just a rhythm section and, with his highly developed technique that earned him wide recognition as the finest trombonist of the late 20th century, Watrous opened the trombone up to previously undreamed of possibilities. William Russell Watrous was born in Middletown, Connecticut. His father, whom Bill idolised, was a trombonist who had worked in vaudeville during the Depression and had played for a time with the Paul Whiteman Orchestra. As a child Bill discovered his dad’s trombones in a cupboard and became fascinated with them. His dad began teaching him to play at the age of six and from then on Bill was determined to become a professional musician, although he might also have become a pro baseball player as he could apparently swing a bat as well as he could swing a tune. Around the age of 11 or 12, Bill and some friends, with one or other of their parents, began making the 150 mile round trip to New York at weekends to listen to jazz. He remembered hearing Charlie Parker playing with Thelonious Monk on one occasion and on another hearing Charles Mingus. When he left school he joined the US Navy where he took little interest in becoming a sailor but made good use of his time by learning to read music (he had previously memorised everything by ear). Along with his already well-developed facility, partly inspired by listening to his early favourite, J.J. Johnson, his sight-reading ability helped Bill to find work in New York after he completed his Navy service. He played with Quincy Jones, Woody Herman and, briefly, Count Basie, joined Kai Winding’s trombone group, which featured four trombonists and a rhythm section, and as a busy session player he appeared in the house band of the popular TV series The Dick Cavett Show. Watrous also toured with pop singers including Paul Anka before, in 1969, he formed his own band, Manhattan Wildlife Refuge, which was signed to Columbia Records by legendary talent scout John Hammond. Manhattan Wildlife Refuge did not enjoy the popularity of some of Hammond’s other signings, which included Billie Holiday, Bob Dylan and Bruce Springsteen, but it did redefine people’s perception of what could be played on the trombone. Thereafter, anyone looking for someone to play the seemingly impossible would call on Watrous’s skill, speed of articulation and wonderfully rounded tone. Having moved to Los Angeles in 1976 his adaptability found him working on sessions with trumpet star Freddie Hubbard and Brazilian singer-songwriter Milton Nascimento as well as on recordings with Herbie Hancock and Chick Corea. He also worked in quintets alongside saxophonists Phil Woods, Buddy Tate, Al Cohn, Zoot Sims and Londoner Peter King and in 1980 he recorded an album for a Japanese label with alto saxophonist Art Pepper. Around the same time, Pepper, who had made a successful comeback after years of drug addiction, recorded one of his greatest triumphs, Blues for the Fisherman, live at Ronnie Scott’s in London for the small independent jazz label Mole Records. Two years later, on his first ever trip to the UK, Mole recorded Watrous at Pizza Express in London and gave Watrous similar exposure. Featuring a local rhythm section of pianist Brian Dee, bassist Len Skeat and drummer Martin Drew, the recording showcased Watrous’s ability to deliver technically challenging solos while also playing with soul and melodic sensibility. As much as Watrous enjoyed playing live – as a soloist with rhythm section, with big bands or in trombone summits with fellow trombonists Kai Winding, Jiggs Whigham and Albert Mangelsdorff – he was also deeply committed to passing on his skills to college students, as his father had done with him, and to sharing his passion for the trombone. For 20 years he taught at the University of Southern California’s Thornton School of Music and he had a long-running jazz festival named in his honour at Sam Houston State University in Huntsville, Texas. He was also an enthusiastic advocate for the annual National Trombone Workshop at Vanderbilt University in Nashville, which he enjoyed telling people had begun with exactly 76 trombones but went to cater for many more. He is survived by his wife, Maryanne and his son, Jason. ROB ADAMS (Herald, Scotland) 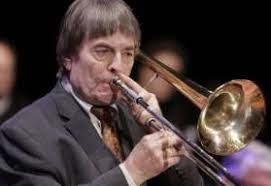 William Russell Watrous III (June 8, 1939 – July 3, 2018) was an American jazz trombonist. He is perhaps best known by casual fans of jazz music for his rendition of Sammy Nestico's arrangement of the Johnny Mandel ballad "A Time for Love," which he recorded on a 1993 album of the same name. A self-described "bop-oriented" player, he was well known among fellow trombonists as a master technician and for his mellifluous sound. WIKIPEDIA

ARTIE SHAW Widely regarded as "one of jazz's finest clarinetists" 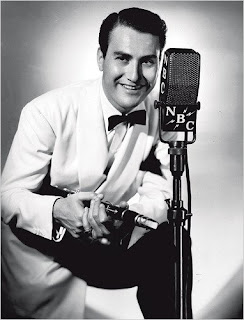 Artie Shaw (born Arthur Jacob Arshawsky; May 23, 1910 – December 30, 2004) was an American clarinetist, composer, bandleader, and actor. Also an author, Shaw wrote both fiction and non-fiction. Shaw led one of the United States' most popular big bands in the late 1930s through the early 1940s. Though he had numerous hit records, he was perhaps best known for his 1938 recording of Cole Porter's "Begin the Beguine." WIKIPEDIA 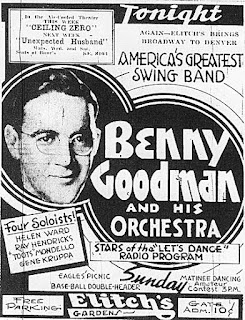 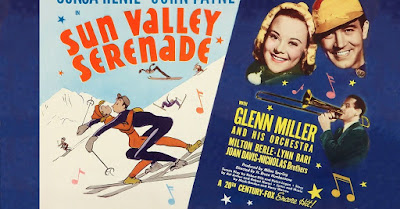 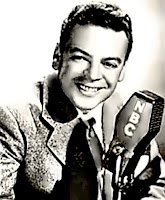 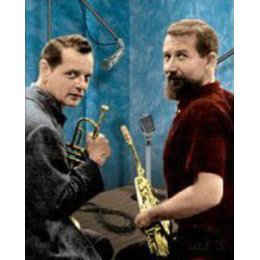 In the mid-1940s, Les and Larry started up their own ensemble, hiring Nelson Riddle, Bill Finegan and Ralph Flanagan to arrange tunes for them. Their ensemble was not successful, and after a few years, they scuttled the band and sold the arrangements they had commissioned to Tommy Dorsey. Both returned to sideman positions in various orchestras. In 1953, Larry met Charles Albertine and recorded two of his experimental compositions, "Impressions of Outer Space" and "Music for Barefoot Ballerinas". Released on 10" vinyl, these recordings became collector's items for fans of avant-garde jazz, but they were not commercially successful at the time. Larry and Albertine put together a more traditional ensemble and began recording them using precise microphone placements, producing what came to be known as the "Elgart sound". This proved to be very commercially successful, and Larry enjoyed a run of successful albums and singles in the 1950s. In 1954, the Elgarts left their permanent mark on music history in recording Albertine's "Bandstand Boogie," which became the theme for the popular TV series "Bandstand" on ABC-TV. Variations of the original surfaced as the show's theme in later years. Les and Larry reunited in 1963, but it would not last long. Les moved to Texas and performed for the rest of his life with The Les Elgart Orchestra while Larry continued to perform and record regularly for decades....WIKIPEDIA