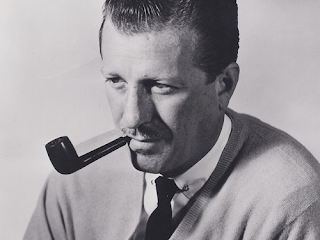 Van Alexander (born Alexander Van Vliet Feldman, May 2, 1915 – July 19, 2015) was an American bandleader, arranger and composer. Alexander led bands and arranged from high school, and studied composition in college. He landed a job selling arrangements to Chick Webb in the middle of the 1930s. One of these, "A-Tisket, A-Tasket", became a hit for Webb and Ella Fitzgerald, and subsequently became one of her signature tunes. Alexander later arranged other nursery rhymes for jazz performance, such as "Where, Oh Where Has My Little Dog Gone?" and "Got a Pebble in My Shoe" The composer and arranger, whose adaptation of a nursery rhyme became Ella Fitzgerald’s breakout hit, also wrote for movies and television. He arranged and conducted for variety shows starring Mickey Rooney, Gordon MacRae, Dean Martin and James Stewart. Additionally, he was involved in recording sessions with Kay Starr, Dakota Staton, Paul Whiteman, Benny Goodman, Dinah Shore, Doris Day and Peggy Lee. Alexander won several Emmy Awards for his television scores, and was presented with the Henry Mancini Award for Lifetime achievement from ASCAP.