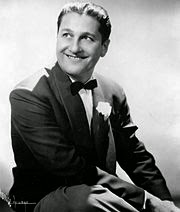 During the 1930s, Welk led a traveling big band that specialized in dance tunes and "sweet" music (during this period, bands which played light, melodic music were referred to as "sweet bands" to distinguish them from the heavy, loud, rhythmic swing bands of artists like Glenn Miller and Duke Ellington). Initially, the band traveled around the country by car. They were too poor to rent rooms, so they usually slept and changed clothes in their cars. The term "Champagne Music" was derived from an engagement at the William Penn Hotel in Pittsburgh, when a dancer referred to his band's sound as "light and bubbly as champagne." The hotel also lays claim to the original "bubble machine," a prop left over from a 1920s movie premiere. Welk described his band's sound, saying "We still play music with the champagne style, which means light and rhythmic. We place the stress on melody; the chords are played pretty much the way the composer wrote them. We play with a steady beat so that dancers can follow it 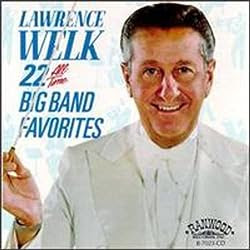 The Lawrence Welk Show from 1951 to 1982. His style came to be known to his large number of radio, television, and live-performance fans (and critics) as "champagne music". In 1996, Welk was ranked #43 on TV Guide's 50 Greatest TV Stars of All Time.
Email ThisBlogThis!Share to TwitterShare to FacebookShare to Pinterest
Labels: Lawrence Welk
Newer Post Older Post Home