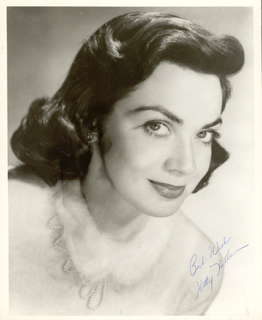 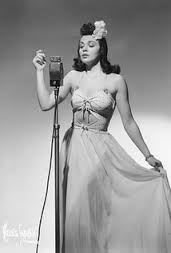 Kitty Kallen, her voice sweet and clear, welcomed the troops home from World War II, singing: “Kiss me once, then kiss me twice, then kiss me once again. It’s been a long, long time.” She turned out hits like “Bésame Mucho,” “I’m Beginning to See the Light,” “In the Chapel in the Moonlight” and “Little Things Mean a Lot” — many reaching the Top 10. And after singing with many of her era’s top bandleaders — Artie Shaw, Harry James, Jimmy Dorsey, Jack Teagarden — she outlasted their era. Her last hit, “My Coloring Book,” was in 1962. Ms. Kallen died on Thursday, 7 January 2016, at her home in Cuernavaca, Mexico. She was 94. Her son, Jonathan Granoff, who confirmed her death, said she had been living year-round in Mexico, where she had long had a vacation home while spending most of her adult life in Englewood, N.J. more NYTimes OBIT

Kitty Kallen (born Katherine Kalinsky; May 25, 1921 – January 7, 2016) was an American popular singer whose career spanned from the 1930s to the 1960s—to include the Swing era of the Big Band years, the post-WWII pop scene and the early years of rock 'n roll. She is best known for her 1954 solo recording '"Little Things Mean a Lot" — a song that stayed at the U.S. number one spot for nine consecutive weeks, charted in the U.S. for almost seven months. WIKIPEDIA