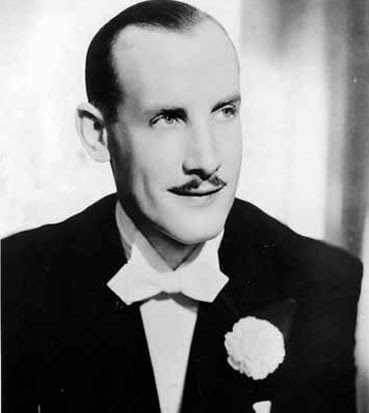 WIKIPEDIAClinton was born in Brooklyn, New York. He became a versatile musician, playing trumpet, trombone, and clarinet. While in his twenties, he became a prolific arranger for dance orchestras; bandleaders Tommy Dorsey, Jimmy Dorsey, Glen Gray, Louis Armstrong, and Bunny Berigan all used Larry Clinton charts. His first stint as a bandleader was from 1937 to 1941, and he recorded a string of hits for Victor Records. The Clinton band's repertoire was split between pop tunes of the day ("I Double Dare You," "Summer Souvenirs," etc.), ambitious instrumentals penned by Clinton (the most popular, "A Study in Brown," begat four sequels in different "colors"). and swing adaptations of classical compositions. This last category swept the industry, and orchestras everywhere were "swinging the classics" by adding pop lyrics to melodies by Debussy and Tchaikovsky. His version of Debussy’s "Reverie", with vocalist Bea Wain, was particularly popular. Entitled "My Reverie", his version peaked at #1 on Billboard's Record Buying Guide in 1938. Clinton's band was predominantly a recording group that also played college proms and hotel ballrooms. On the strength of Clinton's record hit "The Dipsy Doodle," Vitaphone and Paramount Pictures signed the band to star in three 10-minute theatrical films. All three were filmed in New York.