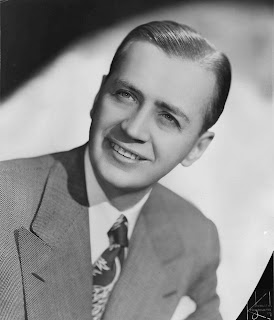 Born Gerlald L. Duppler, May 18, 1903, in Souris, ND, he changed to his stage name, Tommy Tucker, in 1918. He later received a Bachelor of Arts at the University of North Dakota in 1924, majored in Music and was recognized as Phi Betta Kappa. Shortly after college, Tucker organized a small band and played at a fairground pavilion in Minot, ND. They played at the Breen Hotel in St. Cloud, MN that winter, and then in the summer of 1926 they played at a popular resort in Detriot, MN—The Pettibone Lodge. The group began to travel and landed in California. His first recordings were with Crown Records in 1933, and recorded under the name Tommy Tucker and His Californians. He used the name Tommy Tucker and His Orchestra for his next recordings for Brunswick in 1935. With Columbia records dominant, Tucker recorded over one thousand sides for over 10 record companies. When the band first toured the country, Tucker devised his own marketing approach. When he planned a route, Tucker would send telegraph messages to various towns announcing that he was traveling through the area, and asked if the proprietor of a venue would like to book him. Later in the early thirties, Joe Galkin became the orchestra's official manager who planned all bookings and arrangements for travel.