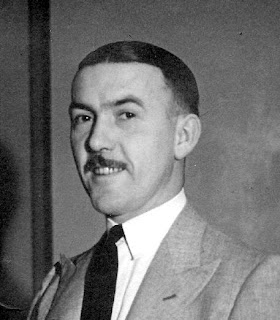 John Alfred (Jack) McCormick was born in Bootle, Liverpool, England on September 16, 1906. He was the first child born to John Joseph McCormick and Jane Elizabeth (Hodgeson) McCormick and was one of four children. He had two brothers, George and Cyril and a sister Amy. He had a few jobs as a young man, but finally chose his love of music as his career. He was very versatile, and could play quite a few instruments as well as leading the band; the violin, tenor and soprano saxophones as well as the clarinet. He eventually formed his own band in the early 1930's called "Jack McCormick and his Ambassadors" and they would play all over the area for various functions, especially at the Rialto Ballroom in Liverpool, where they played for " Dances". His signature tune was "Tea For Two". It was at these dances that he met his wife, Ethelwin Harrison, she would come there with her sister Kathleen.